The second day in Poland, we wanted to venture out of town. The train ride was very different from what we were used to in Eastern Europe of the UK. The train cars were wider than usual and rather than having individual seats (or even plastic bench seats with individualized divots), there were stainless steel benches. The entire train still had a utilitarian feel. It added to the strangeness of the day trip. We were headed to Auschwitz Concentration Camp. 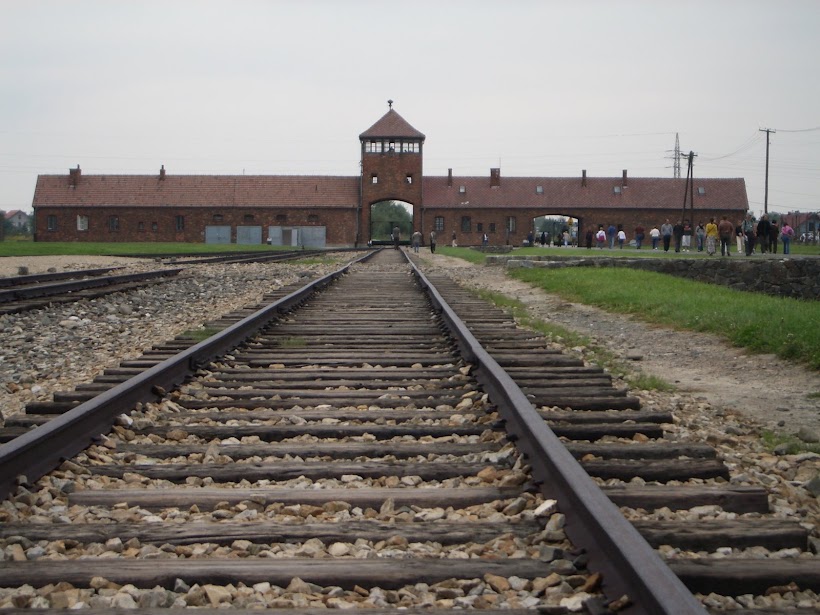 The experience of visiting a concentration camp, even one that has been closed for over half a century, is powerful. Seeing where people were forced to exist and the belongings that were taken from them was difficult. 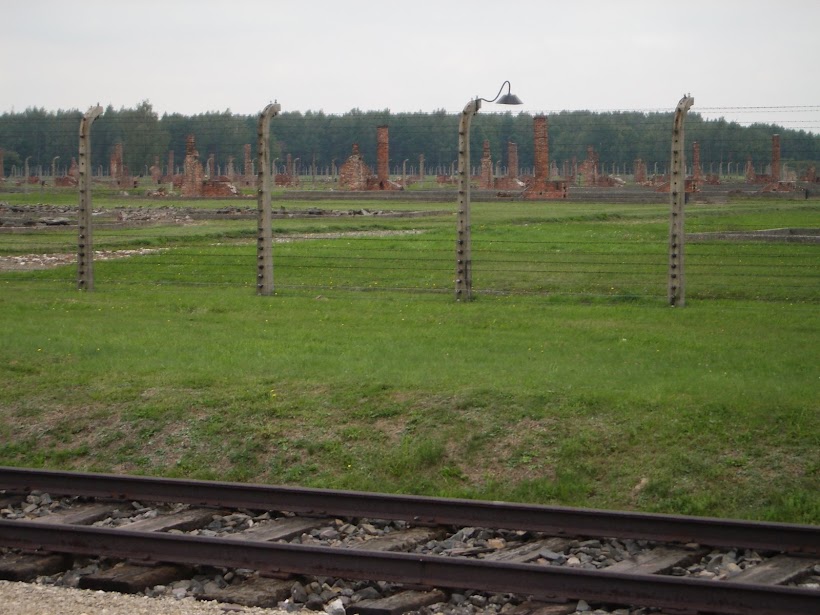 Seeing the collection of human hair and dental fillings that were taken for various uses was painful. It was incomprehensible to imagine being there (in any role) and experience the misery that was perpetrated. The creativity people have when it comes to inflicting humiliation and suffering is disgusting and shameful.

The experience of visiting Auschwitz will stay with me for years and although I would recommend others visit it as well, when I try to describe it here, words seem to leave me.

As we took the utilitarian train back into Krakow, we sat silently for the first half of the ride. We decided we needed to just walk around the city for a while. There was no real destination in mind, just the idea quietly wondering around an unknown city.

Ten minutes into the walk, we rounded a corner and entered a small neighborhood square filled with booths. It was an annual honey festival and people were selling almost anything associated with honey. We sampled several varieties of honey; the diversity of flavor was impressive. We decided to buy a bottle of mead to take home with us. Later when we got home, we translated the label and found one of the ingredients was, according to Babelfish, mangle. Not entirely sure how mangle – verb; to severely mutilate, disfigure, or damage by cutting, tearing, or crushing – could be an ingredient, but when we opened the bottle, there was a fruit fly floating dead on the surface. We decided that mangle must have been the name of the fruit fly and since then, we’ve referred to any fruit fly in or near a beverage as mangle. It’s amazing how much mangle there is at picnics.

We ended the day walking back to our flat along the river trail. There, below the castle was one of the most impressive statues I’ve seen. It was a 15′ tall metal dragon standing on a rock. The best part was that it exhaled fire. In my experience, families rarely gather excitedly near piles of metal that occasionally spew fire. but apparently it’s not that uncommon in Poland. 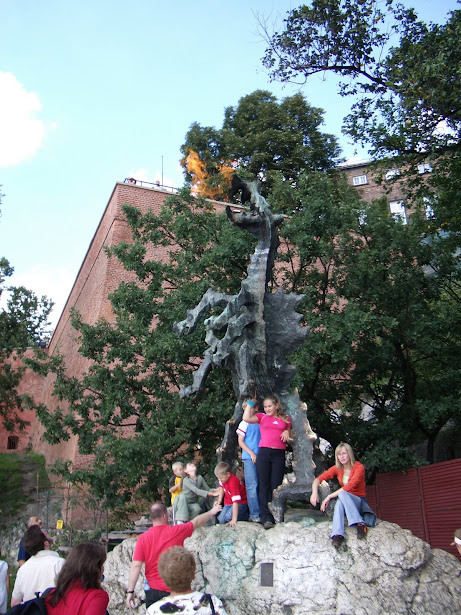