Some days it’s almost impossible to convince yourself to get out the door on a run. Other days, you’re so excited about running, you get two blocks from the house before realizing you forgot to put on shoes. Today was the second type. The weather is still unusually warm for this time of year. It was sunny and 50-55° (10-12° C). The trails were in good shape as well so when we got to the 6 mile turn off, I decided to keep going with the group doing 8, ignoring  whatever training plan I was following.

After our morning runs, our group goes out for coffee, which is the main incentive for getting out the door on difficult mornings. Today, the discussion turned to plans for Spring Break travel. One of the other runners mentioned that she’s headed to Poland to visit her daughter who is there for university. Specifically, they are planning to visit Krakow which was one of my favorite cities to visit in Europe. 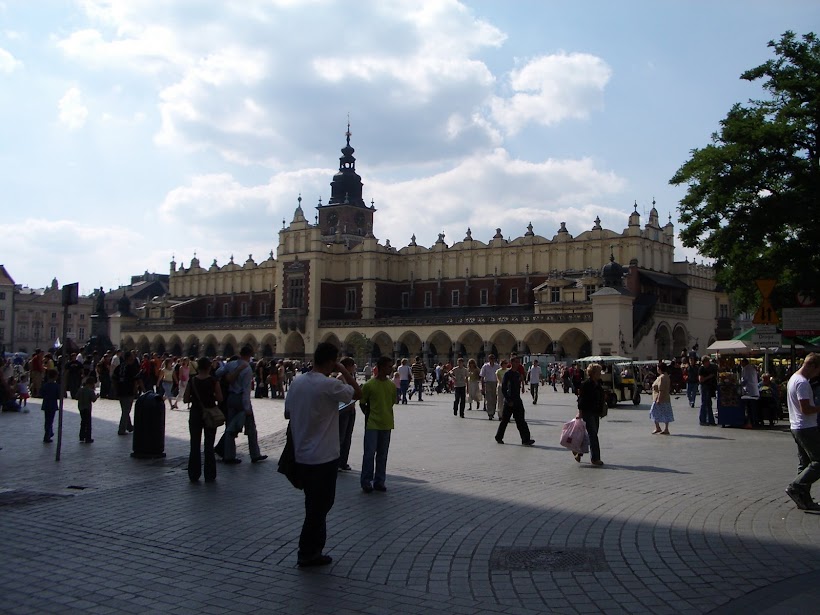 Back in 2006, we were still living in Ironbridge, England and taking an occasional trip to Europe. It was so close, it seemed wrong not to travel. We were starting to plan our next trip. We wanted to go to Eastern Europe this time and thought Prague would be fun. Talking with friends who had been, they recommended Krakow, Poland instead. One friend gave us a copy of the Trumpeter of Krakow, a young adult novel set in Krakow in 1462. After reading it and a few guide books about the city, we thought, “Why not?” bought tickets, rented a flat and were on our way.

In the novel, the main character gets a job as the trumpeter in a church clock tower. This clock doesn’t have bells, but rather has someone who plays a trumpet every hour. It sounded wonderfully romantic and we’d heard that it still happened. We arrived, dropped our bags and made it to the main market square around 12:40. Perfect timing to order a coffee at one of the cafes and wait to hear the trumpet play. Sure enough, at 1:00 a slow, melodious tune spilled from the top of the clock tower and ended on a broken note, just like in the novel (according to legend, in 1241 the city was under siege and the trumpeter was hit by an arrow while playing. Since then, the song has been cut short to honor that fallen trumpeter). With the trumpet and the historical square (mostly undamaged in WWII), it was easy to feel as if we’d fallen back through time. 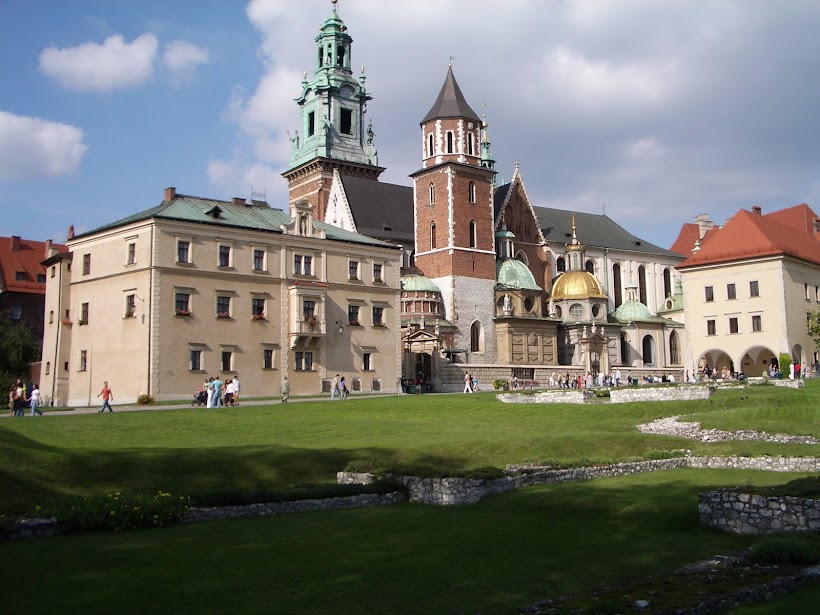 After coffee, we wandered around the square and surrounding alleyways. We were on strict orders to send some Polish pottery to family back in the States so when we found a shop, we went in to look around. A bubbly, smiling woman stood up from behind the counter and came out to help us. At 70+ years old, she moved slowly around the shop, but maintained a youthful exuberance about all the pieces. She excitedly began describing a serving bowl to us, in Polish. Not wanting to interrupt, we waited for a pause and asked if she spoke English. All nods and smiles, she began describing the next piece, still in Polish. We tried a few more times to explain that we didn’t speak Polish, but it was no use. She knew exactly what we needed to hear and something as silly as a language barrier wasn’t going to slow her down. Who knows what she actually said, but she did so with such enthusiasm we left the shop with two pieces of pottery.

We ended the first day back in the market square, relaxing with beers to the sound of the trumpeter playing again on a picturesque night. The Moon rising over the clock tower. If the trip had ended there, it would have been nice, but we had a few more days. 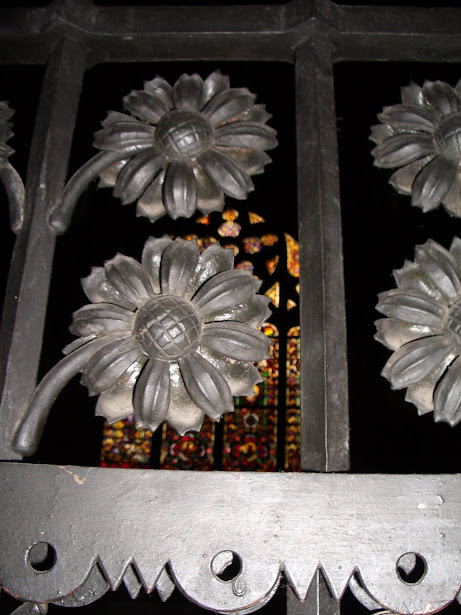 Ironwork and stained glass inside the church with the trumpeter

Like Loading...
This entry was posted in Running, Travel and tagged Krakow, Poland, trumpet. Bookmark the permalink.

4 Responses to Running and Krakow