We left Mombasa for Watamu by matatu. This is the Kenya equivalent of public buses. They run between cities and charge a set fare. This meant we didn’t have to negotiate the ticket price, but it doesn’t guarantee the quality of the ride. Rather than using buses, matatus are essentially converted mini-vans with enough seats for 11 people and they don’t run on a schedule. They wait until they’re full, then head out. We got the express, non-stop matatu on the way up the coast, so the 100km (62 miles) journey took about two hours.

We arrived at the eco-camp planning to check in, get lunch and go explore. Lunch took longer than expected and with the heat, humidity and finally being someplace quiet, we took the afternoon off. A short walk on the beach that evening and we were ready to spend the next day diving. 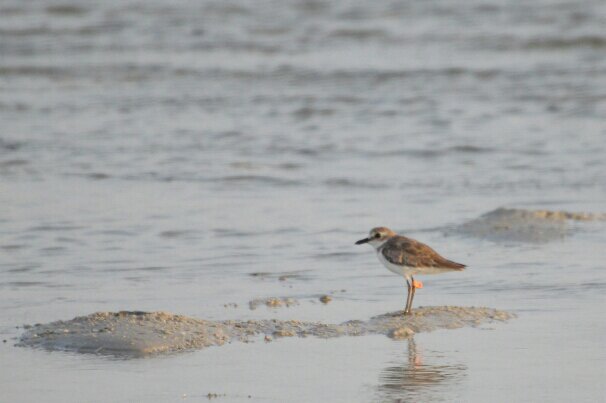 The dive operator was part of a larger resort and the culture shock of that felt odd. It made us appreciate going back to the eco-camp with no internet or electricity at the end of the day. The dive guide apologized for the low visibility, but didn’t say how bad it was. Usually it’s over 100′ in Dec, but it turned out to be closer to 20-40′. A little murkier than we had hoped for, but the reef was in great shape and the fish seemed be thriving. Many seemed comfortable with divers so I was able to get some nice photos. Hopefully a few will turn out well enough to print. One school of 12-16″ fish were comfortable enough with us that I was able to reach out and touch them. That never happens.

After two dives, we left, grabbed lunch and headed to the Gede ruins. This city, with many mosques dates back to at least the thirteenth century, but was never discovered by the Portuguese who had a harbor 15km away. Wondering around the stone walls and ancient buildings was a cool experience. We tried to picture what life would have been like back then. Later, as other groups arrived to see the site, the monkeys started coming out. When an Italian family arrived with a local guide, the monkeys ran right over, paused only for a second then climbed up on mom’s shoulder for a photo and treat. Dom and I were quite happy having the monkeys not climbing on us, and since we weren’t about to feed them, they only had a passing interest in us.

The second day in Watamu started similar to the first with breakfast at the eco-camp followed by two dives. The it was time to head to Mombasa for the night train to Nairobi. We got to the matatu station just before one left which meant we didn’t have to wait. Unfortunately, this was not an express. We started with two families in the matatu with us and just after we got in, we picked up two more riders on our way out of the parking lot. That brought the total number of people in our 11 passenger mini-van to 21. As we drove along, people not going all the way to Mombasa got out and occasionally others got on. Once we dropped to only having 9 passengers, I thought we could spread out a bit… Then another family got on with a few individuals and we maxed out at 23 souls hurtling down the semi paved road at 45mph in a car that was retrofitted for 11.

The other problem with not being on the express is that the matatu stops at every intersection to try to get more riders. This started to make us nervous since we had only 4 hours to get to Mombasa before the train left. Then we pulled into a stop, slightly larger but otherwise similar to every other stop we’ve made to look for additional riders. When the assistant driver jumped out, rather than him trying to convince people to get in our matatu, four or five guys swarmed him. Everyone quickly started yelling and trying to get money from him. Eventually he relented, gave about $10 to one of the four and started to open the back where our bags were. They poked out from under the back seat far enough that Dom and I both reached down to grab a strap, just in case. The yelling continued, then someone grabbed my bag and started to pull. I wasn’t letting go and so we started at each other for a second. By now the driver had gotten out and tried to reassure me that it was ok for them to take my bag. I let go and jumped out as the yelling continued. When I got to the back, I wrestled my bag from the guys and Dom grabbed hers. Then we asked anyone who spoke English for an explanation. Turns out this was a transfer station and all those arguing drive different matatus. Each wanted our business since it made it easier to fill their car.

We eventually got that sorted out and got back on the road, but now we were cutting the transfer to the train even closer. We stopped looking at clocks and settled into the none-too-reassuring knowledge that we’d get there when we get there and there wasn’t anything we could do this stage. When we got to Mombasa, the town was in full party mode for New Years and the streets were packed. We found a tuktuk that squeezed us between cars, posts, buildings and other objects that we had no business going between all at 30mph. We made it to the train station in just enough time to get snacks and toilet paper before boarding. It was quiet the adventure getting to the night train… Then came the ride itself, but I’m still on the train, so I can’t tell that story yet.