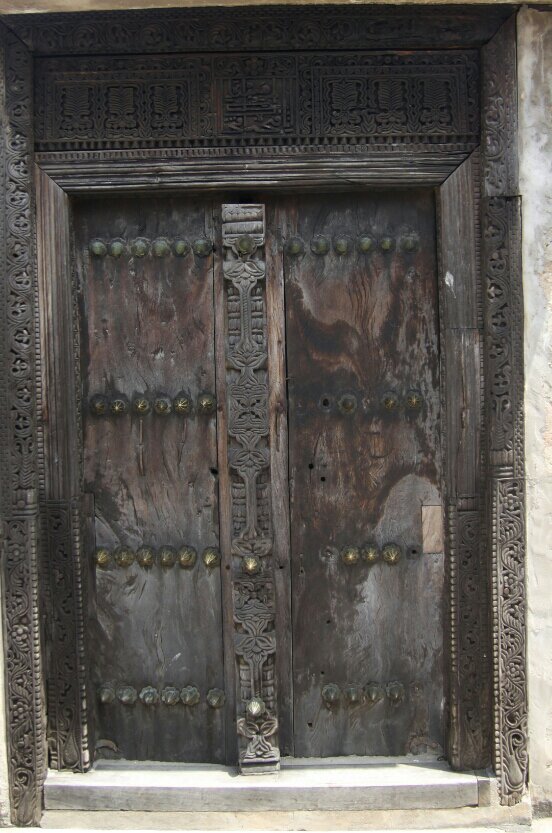 First of all, I found Mombasa to be not very interesting to photograph so there isn’t a lot to pick from for this update. The town feels past its prime and although there are some interesting points, there aren’t as many as I’d expect in a town this size.

The main point of interest here is Fort Jesus which was built by the Portuguese. No one seemed to be able to keep control of the fort for more than about 50 years, so there were many local rulers and the town is still one of the most diverse we’ve seen on this trip. The fort has the usual collection of cannons and thick walls to look at, but the most interesting parts were the carved wooden doors.

After the fort, we wondered around Old Town which had a lot of curio shops. I found several old, brass sextents, but none were in working order and several were missing pieces. We read about a good lunch spot, but when we arrived, all the food was sitting out getting cold. We didn’t stay. Up the street a block we had seen another promising place. As we approached, the owner was walking out and started making noise for his staff to invite us in. He seemed rather chuffed when we walked in and decided to stay to take our order. Clearly he was the reason we came in.

“What would you like?” No menus or choices listed on the wall, so we started with, “Well, food… no meat.”

“Ok, wait here” with that he disappeared. I thought he was going to look into options for us. Instead, he came back with a plate of saag and a plate of rice. “It’s this ok? You try first. If not, we find something else.” Both plates were hot so I figured they were safer than the last place. The rice and saag were good, so he brought two more plates for Dom. Then some curried beans. Then some too-hot-to-hold chapatis. All very good and he was pleased as ever that we liked it. When we went to pay, Dom got out the equivalent of $5. He laughed and told me I should never let my wife hold the money or she will take it and run away. I said I would have to run after her, but apparently if I run at all, I will get injured or die. This he important enough to know the he said it and acted it out. Laughing the whole time.

This afternoon/evening we walked around the seaside where local families go on Saturday afternoons. We stopped to get chips that many vendors were frying over a charcoal fire. A few kids came up and asked us for money. One very optimistic one hide the bag of chips he was working on behind his back, then asked for money for food because he was sooo hungry. Apparently that works often enough to keep trying it, but there are no more starving children here (or in Ethiopia) than at home. That’s not to say there aren’t any, but passing out money to kids on the street who say they’re hungry seems to have created more problems for cities over here than it had solved.

After the walk, we found a nice vegetarian Southern Indian restaurant for dinner. Although dosas were on the menu, we were told they weren’t making anymore tonight. Then a large Indian family walked in and we were assured dosas would be ready shortly. Funny how that works.

Tomorrow we had up the coast to get ready for diving! Oh, and according to the hotel clerk, I’m Obama’s stand-in since he has still not come to Kenya. 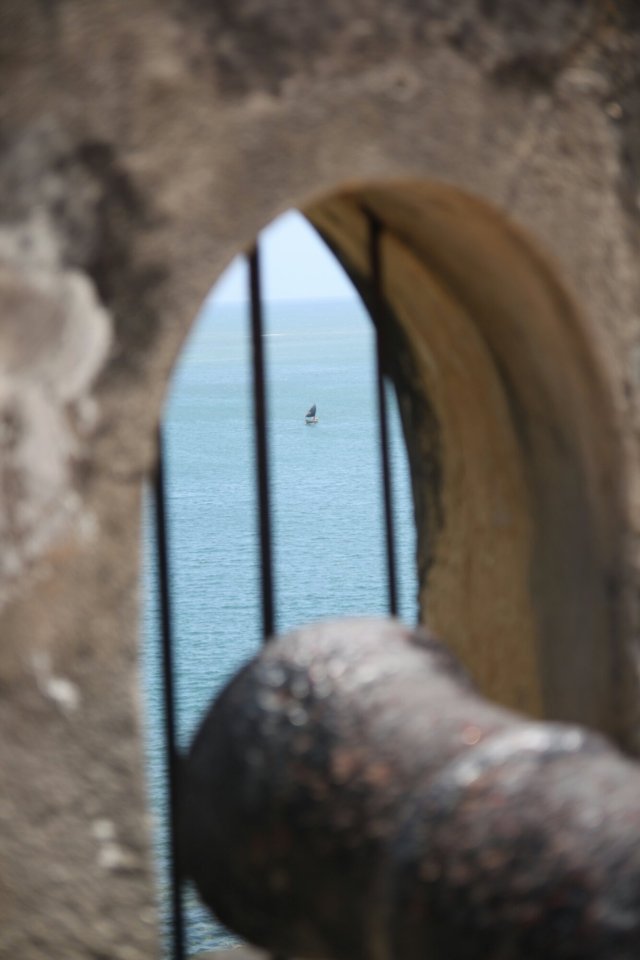